Sewing needs little space and few materials. No wonder then that for those physically restrained it is not just a pastime but a way of connecting to the outside world: registering existence, asserting individuality, messaging loved ones and exercising a voice. There are many stories of those in captivity sewing to make themselves heard. For some needlework was a defiant subversion of the control of others, for others it was a source of creativity and solace. And today Fine Cell Work involves mainly male prisoners stitching in their cells as a way to connect to the world, build self-esteem and comment on their experiences.
In the WW2 Changi Prisoner of War Camp in Singapore men and women were segregated, crammed into a prison built for six hundred but housing, by 1942, over four thousand. Starvation, death, brutality were everyday events.  Those interred only had what they had managed to carry or wear on their day of capture. But girls unpicked the thread from rotting frocks to make a patchwork quilt; women made block quilts, ostensibly for the wounded in Changi Hospital but, actually, as a subterfuge to smuggle out messages of survival and spirit to their husbands, fathers and sons; others  sewed signature cloths: autographing their identity over and over again in defiance of of the anonymity of captivity. One woman embroidered a small tray-cloth with a picture of the women arriving at the camp after their long enforced march. It was discovered, years later, in a jumble sale in Bristol, discarded by its owner or her familyunaware that it was  a unique historical record of the experience of women in war. 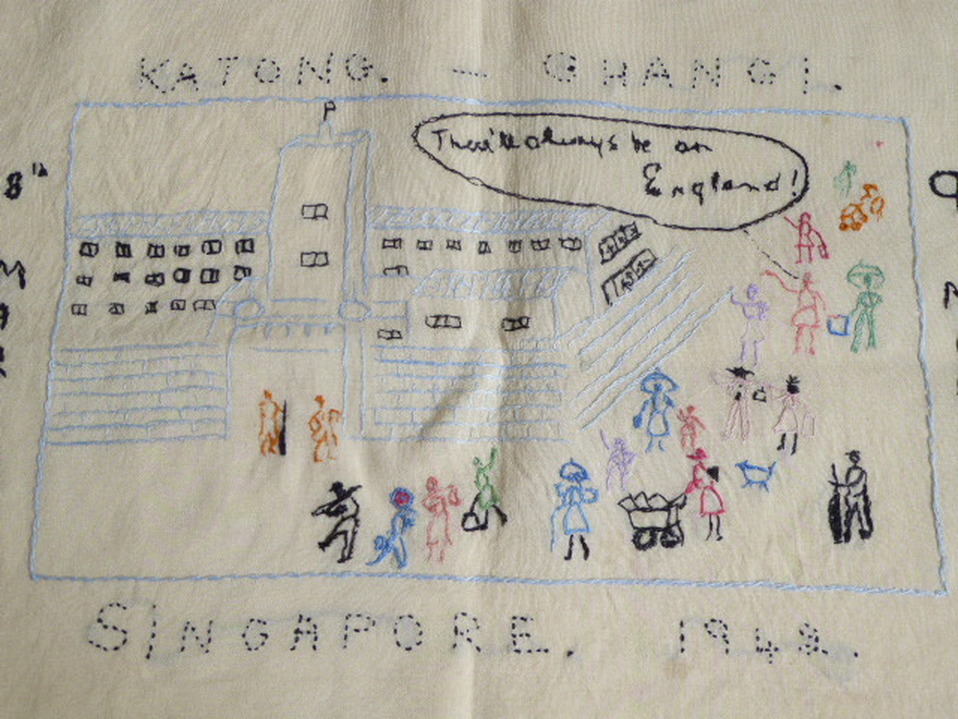