Embroidery is used as a way to keep those we love safe from harm. In many traditional cultures  the points of transition - birth, marriage and death - are safeguarded by specially stitched cloths, adorned with sequins, shells, beads, fringes and tassels to keep evil at bay. Symbolic patterns and motifs convey blessings for fertility, long life or safe passage to the after-world. While the exact meaning of many ancient symbols and patterns are no longer understood many have persisted - circles, specific flowers, the tree of life, triangles, birds, butterflies - sewn messages to assert love and deflect harm.
My children have come home from school very excited. They have been making pom-poms. They bring out from their schoolbags  soft, round fluffy balls, and tell me how they had to take a circle of cardboard, make a hole in its middle and wind wool round and round the card until the hole disappeared. Then they cut the outer edges of the circle and tied a ribbon tight around its centre. When the card was torn away they found they had transformed  a flat piece of card into a dancing ball. They had made a pom-pom. I told them that they had also made magic. For pom-poms are ancient talisman, made to distract evil spirits away from children by the jig-jigging of its coloured sphere. That is why, even today, children's hats are often decorated with pom-poms, although most of us are unaware of their origin as deflectors evil, as a magical means of protection. 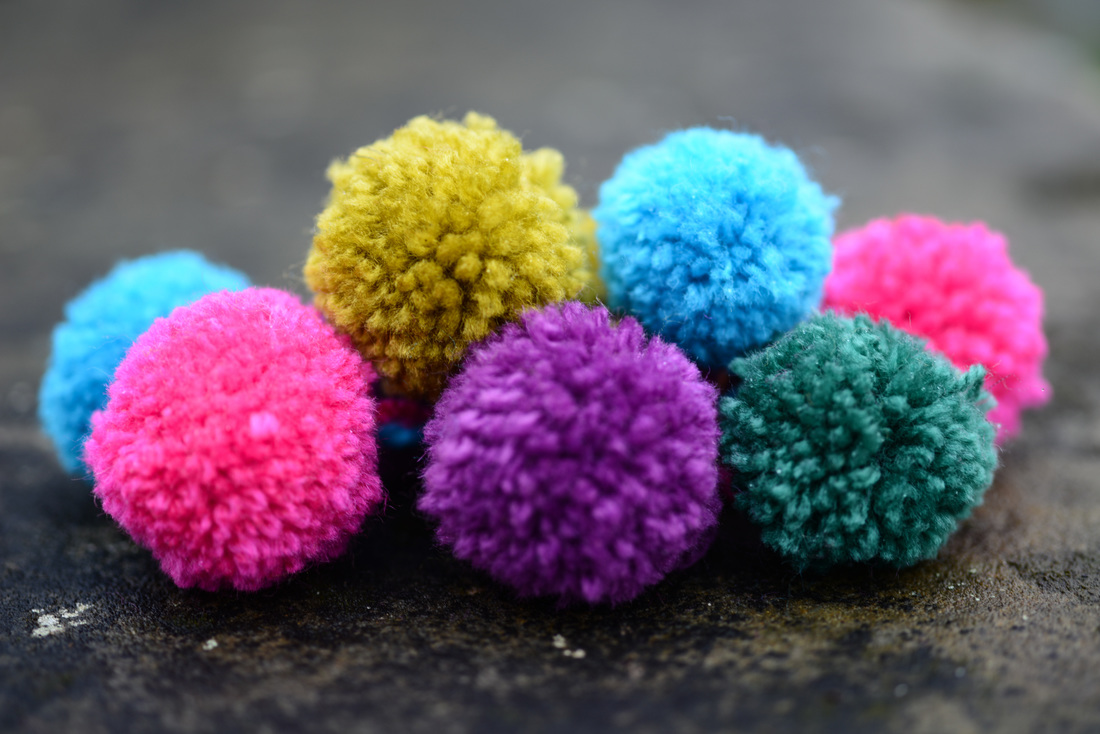