Embroidered cloth holds the essence of those who have stitched it, handled it, worn it and used it. To mend an old textile is to touch where others have touched, to retrace the movement of their hands in your stitching. Our clothes bear our imprint, scent, the marks of our lives. Some cultures believe that the cloth of the dead is imbued with their spirit. Recycling it restores their energy, binds it to the spirit of the living. Sewing a quilt from the worn clothing of someone who has died can often become a poignant act of remembrance, a way of wrapping ourselves in the warmth of a peron we  once loved.
In  a trunk in the attic of my husband's grandparents house I discovered in a long forgotten patchwork quilt. Faded, and torn it held the past within its faint patterns. Folded into its softness were the memories of family. I counted its hexagrams and discovered that there were over six thousand: six thousand individual fragments of fabric cut out and stitched together. I wondered who had made it and who is was made for? My husband did not know. His aunt thought it had been a gift from a neighbour. Whatever its history it is still redolent of past lives, captured in its fade of colour and its torn patches. It still harbours the echoes of other lives long ago. 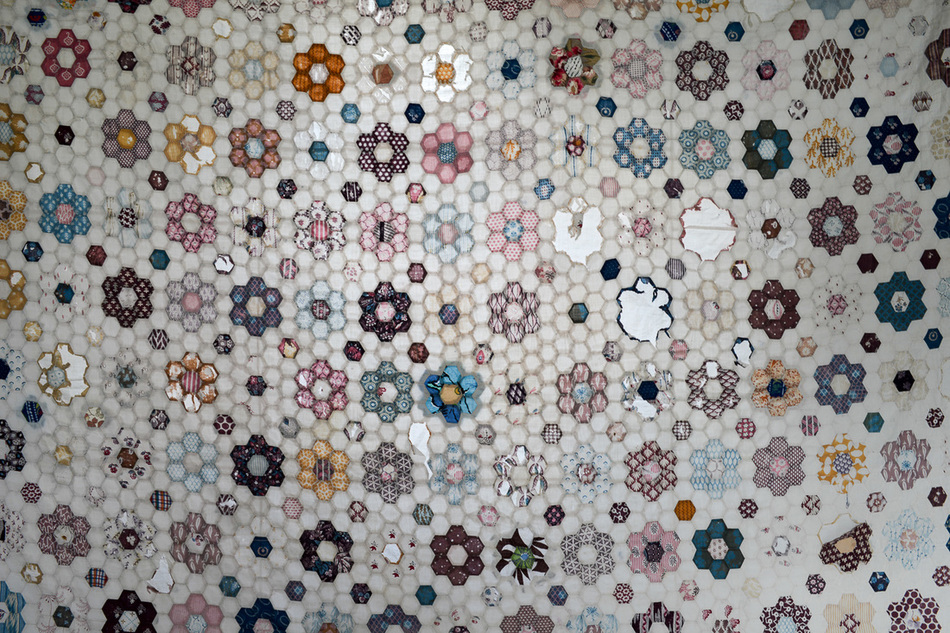