Banners, held high in the throng of mass demonstrators, are sewn petitions of concern: proclamations of the who and why of dissent and campaign. Women have long used sewing to emphasize their presence in political debate, purposefully subverting the domestic craft of needlework, recycling the textiles of home and clothes of their children, to add poignancy and advocacy to their campaigns. Increasingly people are using sewing to create small but mindful acts of political protest.The Craftivist Collective encourages people to join in conversations on causes it cares about through public sewing events, crafting embroidered handkerchiefs, bunting and other sewn products  that carry messages to  decision makers on how things might be changed for the better.
In the 1980s I went to Greenham Common where women had set up a peace camp to campaign against the deployment of nuclear missiles at the RAF base. Thousands of women came to demonstrate using textiles to fashion large-scale political and collective statements of protest. They wrapped the perimeter fence in its entirety in cloth; they pinned up home made banners along miles of fencing; they tore  the used clothing of their children into rags to weave symbols of defiance onto the wire. And as they wove and pegged up their banners the women sang:

Singing voices rising higher, weave a dove into the wire
In our heart a blazing fire, bring the message home. 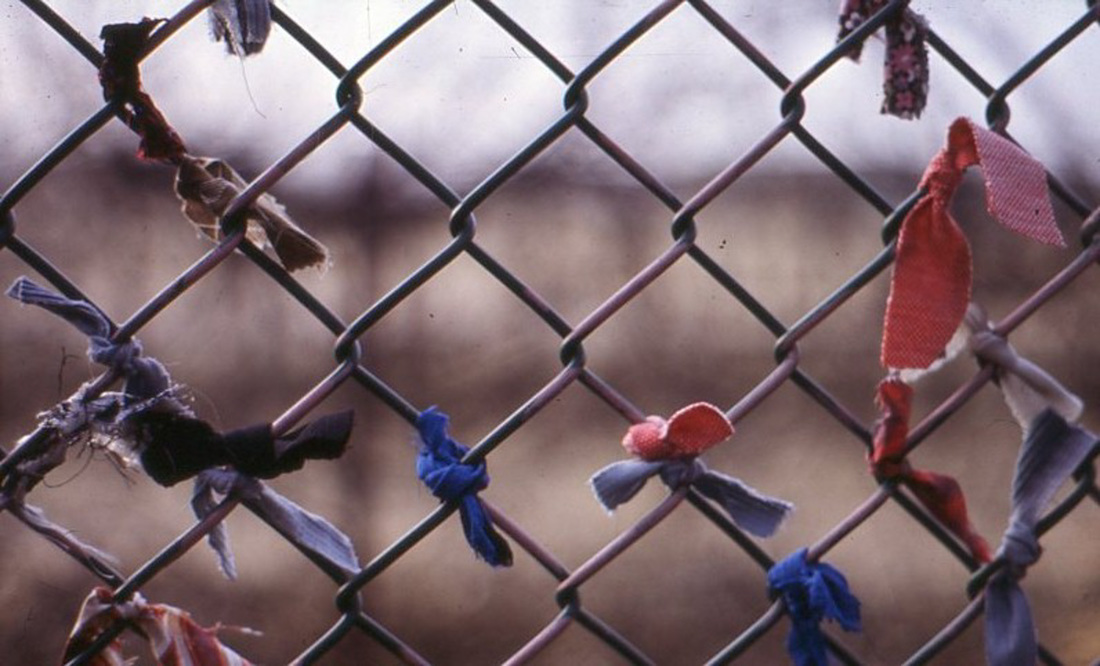